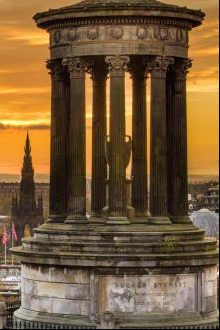 
Good news, Delta Air Lines is launching a new seasonal nonstop air service between Boston, Massachusetts and Edinburgh, Scotland on May 23, 2019, as the airline continues to expand its profile in the Irish and British markets out of Boston Logan Airport.

The new service departs Boston at 10:15 p.m. and arrives in Edinburgh at 9:25 a.m. the next morning. On the return side, the plane departs Edinburgh at 10:55 a.m. and arrives in Boston at 1:02 p.m. Delta has scheduled a 168-seat Boeing 757-200ER aircraft offering 16 fully flat-bed seats in the Delta One business class cabin, in-seat entertainment for every passenger, power ports, Wi-Fi access and free mobile messaging as well as complimentary beverages, snacks, and meals.

The new service follows on the heels of Delta’s successful Boston-Dublin route launched in May 2017, which has been so popular that Delta is upgrading the plane this year from a 757 to a 767 to meet the growing demand. The Boston-Dublin service opens on March 30, 2019. 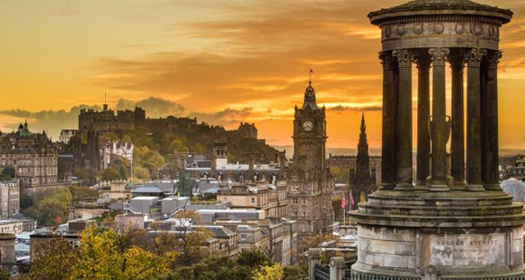 Travelers predict the Boston-Edinburgh service will also become popular with New Englanders as it launches on May 23 and complements Delta’s existing service between New York’s JFK Airport and Edinburgh. The new service will operate in conjunction with Delta’s joint-venture partner, Virgin Atlantic.

“Delta is Boston’s No. 1 global carrier across the Atlantic, and we’re excited to be expanding our service to Edinburgh,” said Roberto Ioriatti, Delta’s Vice President - Trans-Atlantic. “Business and leisure travelers will both enjoy convenient nonstop service between Boston and Scotland, delivered with Delta’s unmatched reliability and renowned customer service.”

“This is an incredibly exciting time for Delta in Boston as we grow our network, build on our customer experience enhancements, and deepen our community footprint,” said Charlie Schewe, Director – New England Sales. “Our new Edinburgh service is only the latest way we’re growing Boston’s direct access to international destinations around the world.”

Delta’s growing presence as one of Boston’s primary carriers has value for visitors arriving at Logan International Airport, since they can connect to more than 200 Delta destinations throughout North America, Latin America and the Caribbean. New England travelers reap the benefits of both increased international expansion but also domestic expansion as Delta will offer 154 flights to 56 domestic destinations out of Boston Logan International Airport by September 2019.