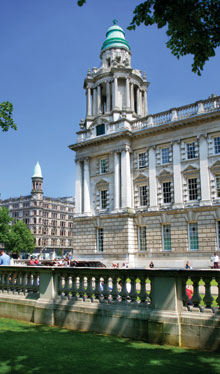 For visitors looking for an urban experience, Ireland has two cities you can’t miss. Dublin, the Capital of the Irish Republic, and Belfast, the Capital of Northern Ireland, are amazing places that blend together proud histories, bustling downtowns, and a distinct blend of history, culture and natural beauty that you won’t see anywhere else in the world.

BELFAST dates back to the 17th century and is the second largest city on the island of Ireland. Long known for its excellence in engineering, ship building and linen, Belfast was where the famous Titanic was built. As locals like to remind visitors, the Titanic was working fine when it left Belfast! 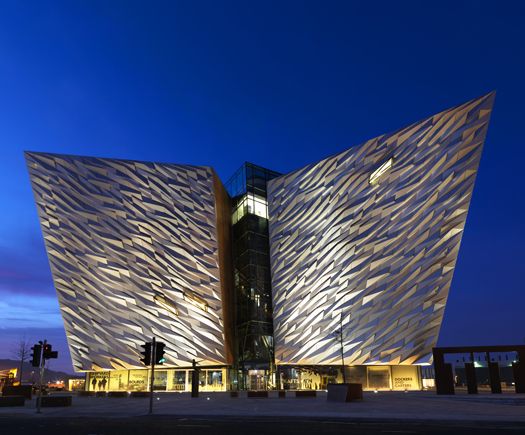 You can gain a real appreciation for this legacy by visiting the city’s Titanic museum, which opened in 2012, and attracts almost one million people a year. In 2016, the Titanic Museum was crowned the “World’s Leading Tourist Attraction” at the prestigious World Travel Awards.

There are many reasons to visit Belfast, ranging from history and heritage to culture and cuisine. Northern Ireland’s Year of Food & Drink was launched in 2016, showcasing some of the city’s culinary gems that come directly from farm to table. The city’s contentious political history is interpreted in the growing and often glowing political murals and a street art scene that attracts artists from around the world. Belfast spawned great musicians like Van Morrison and Sir James Galway, so you’ll hear the sounds of music in every corner, from traditional music and the far-off sounds of Scottish pipes to classic and contemporary music in the city’s vibrant nightlife.