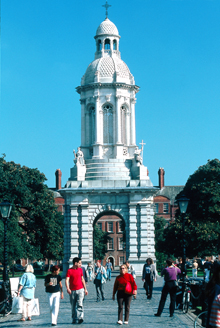 
For visitors looking for an urban experience, Ireland has two cities you can’t miss. Dublin, the Capital of the Irish Republic, and Belfast, the Capital of Northern Ireland, are amazing places that blend together proud histories, bustling downtowns, and a distinct blend of history, culture and natural beauty that you won’t see anywhere else in the world.

DUBLIN is indeed a breath of fresh air, as local tourism officials proudly proclaim. The largest city in Ireland, Dublin dates back to the 9th century when Vikings put down settlements that lasted for three centuries. Today Dublin wears its history well, preserving important sites like St. Patrick’s Cathedral and Trinity College, while also emerging as a 21st century city full of adventure, verve and excitement. 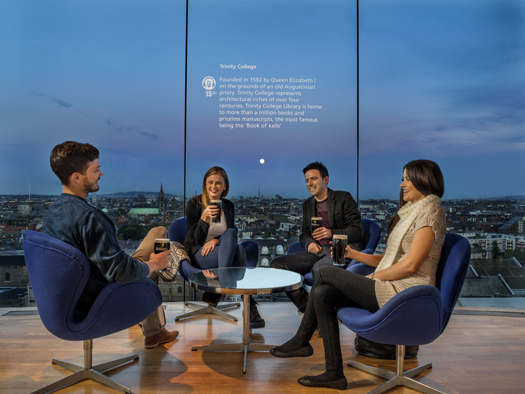 Popular sites in Dublin range from the Guinness Storehouse, which attracts 1.3 million visitors a year and showcases the world’s oldest brewery (1795) to the famous Book of Kells, an Early Christian illuminated manuscript of the four Gospels of the New Testament. Dublin has over 1,000 pubs, a tribute to the social, fun-loving island that likes a good conversation over a good pint.

Dublin has a rich literary tradition that includes James Joyce, Samuel Beckett, Oscar Wilde and George Bernard Shaw. You can easily explore the city’s literary life by visiting the National Library or the Dublin Writers Museum. There is even a Literary Pub Crawl that visits some of the favorite haunts of modern writers like Brendan Behan, Flann O’Brien and Patrick Kavanagh.