GOLFING IN IRELAND -
A HOLE IN ONE EXPERIENCE!

Ireland is a golfer’s paradise, renowned for its stellar greens, lush fairways, perfect tees and even its roughs. The island has some of the most spectacular courses on the planet, including a quarter of the world’s natural links courses.

Some of the world’s best golfers hail from the island of Ireland, including Rory McIlroy, Darren Clarke, Graeme McDowell, Paul McGinley and Pádraig Harrington.

And courses like Ballybunion (Kerry), Royal Portrush (Antrim), Lahinch (Clare), Ballyliffin (Donegal), Royal County Down (Down), Portstewart (Derry) and Portmarnock (Dublin) are just some of the courses favored by American visitors.

Northern Ireland alone has 90 golf courses, and several of them take center stage in 2019. The 148th British Open takes place at Royal Portrush from July 14-21, 2019. This marks an historic return of this prestigious golf championship, which was last staged at Royal Portrush in 1951. The British Open brings the world’s best golfers here to compete for the coveted Claret Jug.

Then in August, a brand new tournament, the ISPS HANDA World Invitational for Men & Women takes place in County Antrim at the Galgorm Spa & Golf Resort and Massereene Golf Club, August 15-18, 2019. Formerly known as the Northern Ireland Open, one of the most popular events on the European Challenge Tour, the World Invitational expects 300 top golfers from around the world. See Cara Tours for more details.

Meanwhile, the Lahinch Golf Club in County Clare is hosting the Dubai Duty Free Irish Open July 4-7, 2019. Part of the European Tour, the Irish Open first started in 1927, and has been an annual event since 1975. 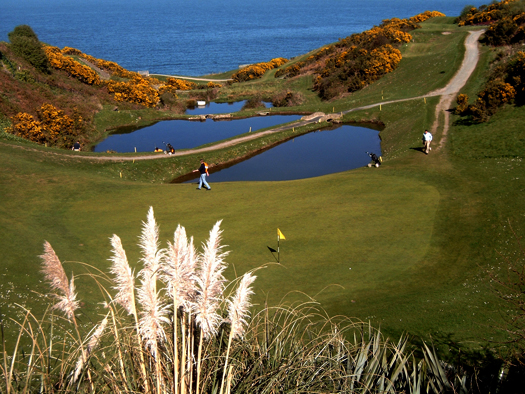