Ireland beckons people from across the world. Visitors talk of making a pilgrimage home, of finding their roots, of reconnecting to an integral part of their nature.

Part of the appeal has to do with Ireland’s ancient, spiritual dimension stretching back in time. Mad Druids in love with nature, lonely Monks transcribing scripture during the Dark Ages, medieval clans and colonial invasions - Ireland evokes a progression across centuries that is filled with meaning and revelation.

It is an innovative, inspiring journey through Ireland that embodies 5,000 years of history, culture and change. That’s a wide swatch of time, but Ireland’s distinct history, heritage and geography is perfect for this type of tourist adventure.

Many of the sites in Ireland’s Ancient East are already iconic places, such as the Neolithic prehistoric monument of Newgrange in Meath, the Boyne Valley and Athlone Castle in Westmeath, Birr Castle in Offaly, Augustinian Abbey and the Rock of Cashel in Tipperary, Kilkenny’s Medieval Mile, Waterford’s Viking Quarter, the Dunbrody Famine Ship in Wexford and Blackrock Castle in Cork.

Ireland’s Ancient East offers guided tours as well as self-guided and do-it-yourself tours of these destinations, plus car and bicycle routes, riverboat tours, events and festivals.

The new marketing initiative is a sequel to other successful Tourism Ireland campaigns over the past few years, including the Wild Atlantic Way, which focused on the counties along the West Atlantic coastline, and the Causeway Coastal Route, which covered the coastal counties of Northern Ireland. 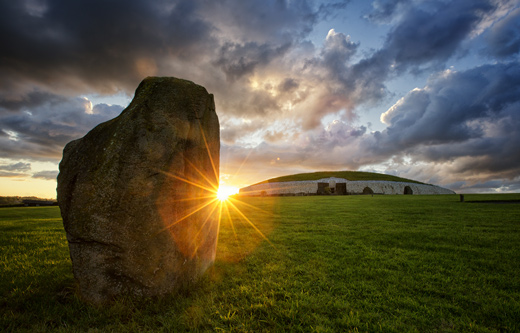 NEWGRANGE, CO. MEATH, WAS BUILT DURING THE NEOLITHIC PERIOD (AROUND 3000 BC TO 2500 BC),
MAKING IT OLDER THAN STONEHENGE AND THE EGYPTIAN PYRAMIDS. 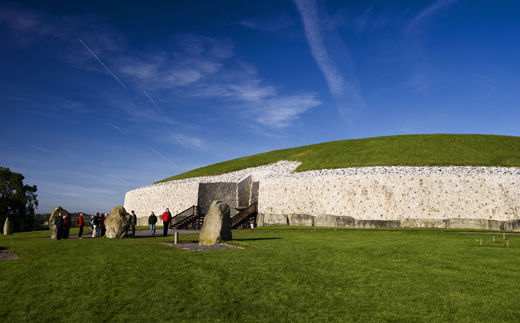 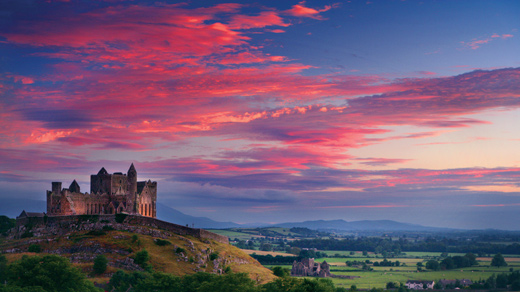