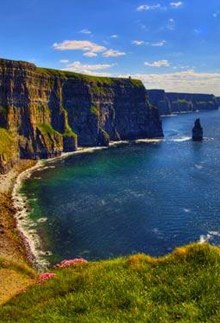 
Norwegian Air, which entered the New England market to Ireland in summer 2017 as a competitive, low-cost carrier, is already expanding its direct service from T.F. Green Airport in Providence, RI throughout the island of Ireland. Norwegian has announced the following flights from Green Airport starting in late March 2018:

Uses new Boeing 737 MAX aircrafts, Norwegian flies non-stop from Providence to Belfast, Cork, Dublin, Edinburgh, and Shannon. The additional flights are based on demand from leisure and business travelers from the region who are taking advantage of the low-cost fares to Ireland with prices starting at $99 each way.

Since the service started in July 2017, over 130,000 passengers have flown between Ireland and the United States, mainly out of New England and New York airports, according to Norwegian.

State officials are welcoming this new portal that connects travelers from Ireland and the UK to Rhode Island, especially for the spring and summer months, when the state’s many beaches, water sports festivals, outdoor activities and culinary activities draw visitors from around the world.