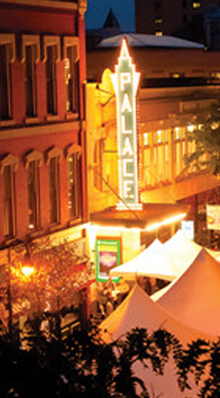 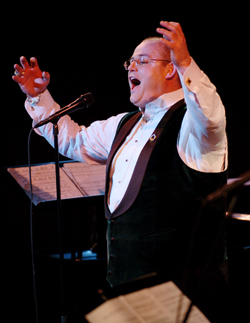 Ronan Tynan is an inspirational singer, and his life story is equally compelling. The Dublin native was born with a lower limb disability, and had his legs amputated at age 20. Within a year, he competed in the Paralympic Games, winning 18 gold medals and setting 14 world records, nine of which are still in place. Ronan returns to the Palace Theatre in Manchester on February 10 with his repertoire of classic, popular and Irish melodies that has earned him a loyal following.

“If you can perform songs in a specific way that moves an audience to a wonderful memory, you’ve achieved everything you set out to do as a performer,” Ronan says.

Opening the show is a signature performance by the N.H. Police Association Pipes and Drums. 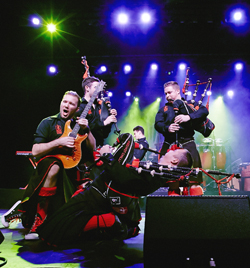 With over 350,000 Facebook followers, the Red Hot Chilli Pipers have a worldwide following of music fans who love traditional Celtic melodies and raucous rock songs. This fun-loving band of musicians plays everything from traditional Scottish songs like “Flowers of Scotland” and “Hills of Argyll” to rock classics like “We Will Rock You” by Queen to “Smoke on the Water” by Deep Purple. The band’s performance at the Palace Theatre on March 14 is well-timed for St. Patrick’s Day, when people celebrate Ireland’s patron saint day with attitude and noise!

The Chilli Pipers play over 200 live shows a year with a following ranging from former Beatle Sir Paul McCartney and the Scotland Rugby Team to actors Ewan McGregor and Samuel L. Jackson.