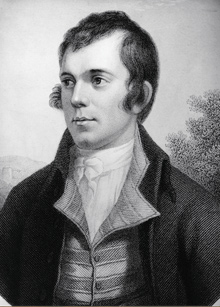 Scotland’s national poet, Robert Burns (January 25, 1759 –July21, 1796), is revered and celebrated in his native country and around the world.  Burns Night began in 1801, five years after Burns’ death, and has continued enthusiastically ever since.

This devotion to Burns’ memory is especially evident in New England, where generations of Scots and Scots-Irish have settled over the past 400 years.

To honor his birthday each year, New Englanders celebrate with traditional Scottish music and song, poetry and toasts and cuisine and congeniality.  Here is a selection of Robert Burns celebrations that take place in 2019.


January 25
Irish Cultural Centre
200 New Boston Road
Canton, MA
Robert Burns Scottish Night
The weekly music session at the ICC on January 25 is devoted to Scottish music and particularly the works of Robert Burns, Scotland's great poet and writer.  The session is free and open to the public.

January 26-27
The Haven
2 Perkins Street,
Jamaica Plain
Boston, MA
Burns Night at the Haven
The Haven’s Burns Night includes a three-course meal of haggis, cullen skink, and more (with vegetarian options available), a single malt scotch toast, songs and poetry. Piper Elias Alexander entertains with Scottish music, and there is an address to the Haggis and a toast to the lassies.

January 29
The Burren Pub
247 Elm Street, Davis Square
Somerville, MA
Greater Boston Community Burns Supper
First organized in 2010, this community event takes place in one of the Boston area’s most notable tradition music pubs, this annual celebration of Robert Burns features a traditional Scottish meal, Scotch whisky, recitations of works by, about, and in the spirit of the Bard of Scotland and a pub sing-along. The event takes place in the Burren Back Room and there is a vegetarian option for the meal. 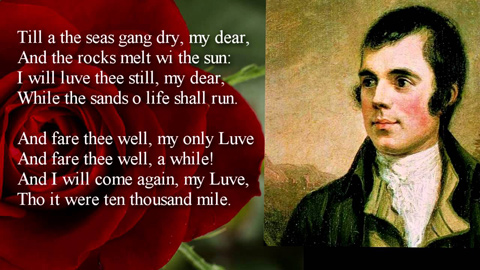 Find out more about Irish and Scottish/Celtic cultural activities in New England by visiting IrishMassachusetts.com