One of the great pleasures of the St. Patrick’s Day season each year is attending Irish Film Festival Boston (IFFB), and this year is even more special as IFFB celebrates its 20th anniversary!
To stay on top of all the screenings, you can view the daily schedule here or get a full overview here.


BITA is proud to partner with IFFB to offer 3 pairs of free tickets to this year’s four screenings. Enter the contest below for a chance to win and check back on Tuesday, March 17 to see the lucky winners!
Please leave your cell number when you enter so we can text winners directly. 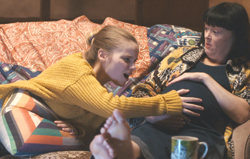 A boozy 44-year-old single mother becomes pregnant from a one-night-stand, much to the shame of her buttoned-up teen daughter. A Bump Along the Way is a female-led, feel good, comedy drama set in Derry, Northern Ireland, about a middle-aged woman whose unexpected pregnancy after a one-night stand acts as the catalyst for her to finally take control of her life and become the role model her teenage daughter needs and craves.
Actor Bronagh Gallagher and Writer Tess McGowan in person - Q&A
Buy Tix here.

Play with Most Inspiring Short: The Bird And The Whale
irishfilmfestival.com/thursday 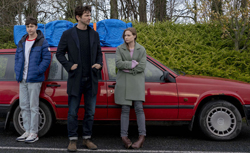 Two brothers and a woman they’ve just met journey across the island of Ireland to bury a stranger. A comedy-drama road movie telling the story of a man bringing the body of someone he barely knows for burial with his family. His good intentions are motivated by trying to patch up his relationship with his own brother. However, en route from West Cork to Rathlin Island, both romance and family secrets emerge to complicate the trip.
Director Aoife Crehan in person - Q&A
Buy Tix here. 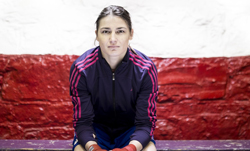 She lost it all. She wants it back. Can the world's greatest female boxer become World Champion again after Olympic disaster? For the first time, Katie Taylor, the world's greatest female boxer, allows unprecedented access to her life. Unbeaten for ten years, credited with raising the profile of women's boxing and bringing the sport into the Olympics, Katie suddenly begins a losing spiral in 2016, as the result of conflict within her close-knit family. Katie is a riveting and highly emotional documentary that cuts to the core of Katie's demise and tells the story of her attempt to rebuild her life.
Director Ross Whitaker and Producer Aideen O'Sullivan in person - Q&A
Buy Tix here.
irishfilmfestival.com/katie


Please check back here on Tuesday, March 17 as we announce the lucky winners!