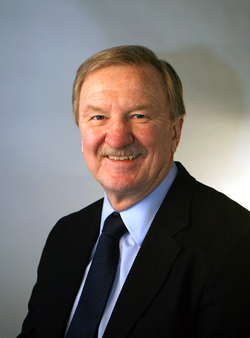 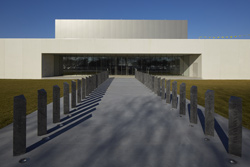 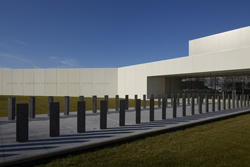 The Edward M. Kennedy Institute
for the United States Senate

In Praise of American Democracy

Excitement is building for the new Edward M. Kennedy Institute, which opens its doors to the public on March 31, 2015. We spoke with Bill DeWalt, Executive Vice President & Museum Director, about Boston’s newest visitor attraction.

How influential was the late Senator Ted Kennedy in shaping the Institute’s vision and mission?

Certainly, the Senator was very involved with the conceptualization and initial planning of the Institute. He even kept a model of the building on his dining room table. His wife, Victoria Reggie Kennedy, who is the co-founder of the Institute and the president of our board, has done a masterful job leading us to where we are today.

Although the Institute bears Senator Kennedy’s name and is infused with his love of public service, he was very clear that he did not want this to be a memorial to him. He wanted the Institute to be a non-partisan center of learning about the important role that the United States Senate plays in our democracy.

The Senator was also very involved in choosing the location of the Institute to be next to the John F. Kennedy Library and on the campus of UMass – Boston.  Our strong partnerships with both institutions will enhance and inform our mission.

Tell us about the audience the EMK Institute hopes to attract.

The Institute will be a valuable resource for everyone from students to seniors. Our exhibits are designed to appeal to people of all ages, and we will offer a variety of programs, lectures and symposia for adults. Stay tuned for announcements about the distinguished individuals who will be speaking at the Institute.

We are also especially mindful of our location on Columbia Point and in Boston, and plan to launch programming this spring of interest to the local community.

The Institute will certainly attract an international clientele. How do you present such a distinctly American institution as the US Senate to visitors from around the world?

In many ways, the story of the United States Senate is the story of our uniquely American democracy. It is about the search for common ground and the courage to tackle the big problems throughout our nation’s history. From our focus groups with diverse audiences from the U.S. and around the world, we know that that story will be accessible to all visitors.

As far as translation, we are offering multiple languages on the digital tablet that guides non-English speakers through the exhibit. Spanish, French, German, Chinese (Mandarin), Japanese, and Portuguese languages will be available initially. These translations provide high-level interpretations of the basic content introduced with each exhibit. In addition, translators will be available for tour groups, for a small fee.

Can you tell us what the EMK Institute signifies for you personally?

This project is a way for me to translate the appreciation I have for all of the opportunities this country has given me. My parents only had grade school educations and my father worked most of his life as a coal miner. I was fortunate to earn bachelor’s and doctoral degrees at the University of Connecticut and eventually to become a Distinguished Service Professor at the University of Pittsburgh. I served as Director of Carnegie Museum of Natural History, and as Founding President and Director, established the Musical Instrument Museum in Phoenix.

At the EMK Institute, I am using my academic and museum experience to encourage visitors to become engaged in our democratic system and to inspire the next generation of civic leaders.

Unfortunately I never had the chance to meet the senator in person, but I know that many aspects of my own life and of everyone in the United States have been positively affected by the legislation in which he was involved. Senator Kennedy worked across the aisle to improve our nation in areas like civil rights, health care, immigration policy, education and so many more.

I am honored and privileged that I am one of the large number of talented, committed people who are bringing Ted and Vicki’s vision to life – and I look forward to welcoming the world to the Edward M. Kennedy Institute for the United States Senate to see what we have built.