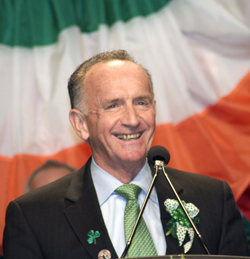 SOUTHIE IS HIS HOME TOWN

South Boston’s Bill Linehan, the elected City Councilor for District 2 over the past decade, recently announced that he is not seeking re-election, leaving an open seat for the competitive district that includes South Boston, the South End, Bay Village and Chinatown.

Cut from the traditional South Boston political mold, Linehan is quick with a quip and ready to start up an Irish song at a moment’s notice, particularly anthems like “Southie is My Home Town” and “Four Green Fields.” 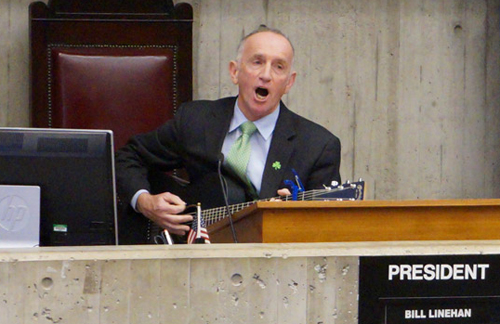 Linehan worked his way up through the ranks, volunteering on political campaigns as a teenager for the likes of Maurice Donahue and Joe Moakley. He joined Mayor Ray Flynn’s Administration in the 1980s, working in the Parks Department and later as Assistant to Boston’s Chief Operating Officer.

We talked with Councilor Linehan about his Last Hurrah as an elected official.

You've had a busy decade representing one of the city's most vibrant districts. What do you consider your proudest accomplishment?

Fifty percent of all development, 41% of all housing and 25% of all affordable units occurred in my district over the past ten years. More people live, work and play in this district than any other. Managing the impacts of the market on the quality of life of our residents is what makes me the most proud.

If I think of one day that exemplifies this pride, it was last Veterans Day when we opened 26 affordable units of veterans housing and named the Marine Industrial Park in honor of South Boston native Mayor Ray Flynn.

What remains important for you as a Bostonian?

Jobs and housing, and service and commitment to our city and our nation.

Talk about the St. Patrick's Day Parade as it reflects the spirit of South Boston, and what are some of your personal memories?

As a kid from the D Street projects we watched the parade go by each year; it was a special and festive time to celebrate South Boston and our Irish heritage.

I can remember Jack Kennedy strolling by as a U.S. Senator; marching in the St. Vincent's CYO Corp as a teen; shaking hands as Southie's City Councilor with Mayor Marty Walsh, the first mayor in 20 years to march; and last year with Marty when I whispered 'this is my last parade as councilor.'

What does the parade means to your family and neighbors?

The parade has many aspects but above all it should be about children enjoying the day itself while also enjoying the place we call home."