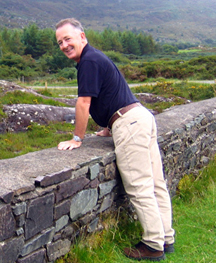 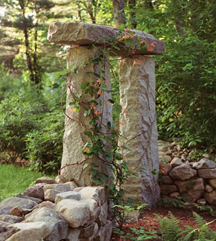 Nick OHara has turned his occupational craft into an art form, creating myriad uses for stones he gathers from around the globe, including dry fieldstone walls that reflect a centuries-long tradition of stone walls in New England.

His stone work is on display as part of the exhibit, Keepers of Tradition: Art and Folk Heritage in Massachusetts, at the Museum of our National Heritage in Lexington, which runs through June 2009. The exhibit was organized by Dr. Maggie Holtzberg of the Massachusetts Cultural Council.

OHara moved with his brothers from Ireland to Boston in 1980 and has since become one of the regions premier stone experts. Hes appeared on the PBS show, This Old House, and is in high demand not just as a builder of stone walls but of stone houses, unique fireplaces, and European-style wine cellars.

When I first moved to Boston, I met a couple of Italian stonemasons who took me under their wings. The Irish tradition of stone walls is more stacking, while the Italian is more mosaic, OHara said. Studying both styles helped him develop his own vision for stone. He also traveled up and down the east coast, from Colonial Williamsburg to rural Maine, to see for himself the finest examples of American stonework.

OHara and his men built the distinctive Irish Cottage that sits on the grounds of the Irish Cultural Centre in Canton. The cottage is an authentic depiction of a 19th century cottage found in rural Ireland.

OHaras longtime crew of skilled masons crafts his designs now. These men are not just Americans but Russians, Poles, Brazilians, Portuguese, and Irish. He has also started a fledgling apprentice program for stonemasons which he hopes to expand. The program is modeled after the European apprenticeship programs that take up to seven years to complete. 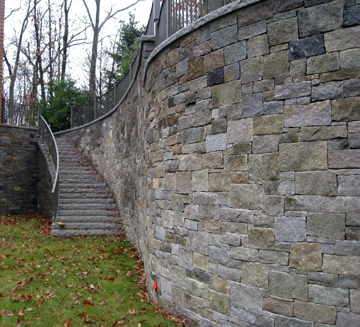