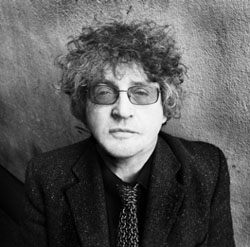 The 52 year old poet and professor, who teaches creative writing at Princeton University and is professor of poetry at Oxford University, beat out finalists Frank Bidart and J.D. McClatchy for the esteemed prize, which carries a $7,500 purse.  Judges included Helen Vendler, an Irish literary scholar at Harvard University, Robert Pinsky, U.S. poet laureate and a Pulitzer Prize winner, and Stephen Yenser, professor of English at UCLA.

The Pulitzer is the latest accolade for Muldoon, who has long been regarded in the poetry world as a tr4ue original and a master of his craft.  He gallops through everyday recollections of youth, experimentation and experience with an unbridled imagination that draws from local and world history, indigenous and contemporary cultures, fantasy and adventure and literature and art.  His poems begin in locales like Collegelands, Armagh, or Griggstown, NJ, then swiftly depart of flights of fancy, much like Nanook of the North should give way to the Man of Aran, as Muldoon writes in his poem As.

The title poem, Sand and Gravel, hearkens back to the Moy, a town on the Armagh/Tyrone border near Collegelands, the village where Muldoon was raised.  Juxtaposing the contrast between fantastic and mundane worlds, the narrator steps out of his local cinema after being seeped in movie magic, only tosspot the sand and gravel operation across the street, dredging river water and “washing it again, load by load, as if washing might make it clean.”  It is at this juncture between what is and what is imagined where Muldoon’s poetry excels.

In winning the Pulitzer, Muldoon joins an elite rank of American poets like Sylvia Plath, John Ashbury, Galway Kinnell, Ann Sexton and James Wright.  It puts him in company with four-time winner Robert Frost.  Muldoon has acknowledged Frost’s influence on his work most notably in his first volume, New Weather, published in 1973.

On Saturday, April 26, Muldoon is the featured reader at the annual Robert Frost Foundation’s
poetry gathering in Lawrence, MA, which celebrates the legacy of Frost, who attended high school in the immigrant mill town and got his first teaching job there.

Muldoon and other winners will officially receive their awards in late May 2003 at Columbia University, which sponsors the competition named for Joseph Pulitzer, a famous journalist and publisher.  The Pulitzers are among the most cherished writing awards in the United States, bestowed each year across various fields of journalism and literature.  Muldoon, who is the only Irish-born poet to win the prize, became eligible when he became an American citizen.