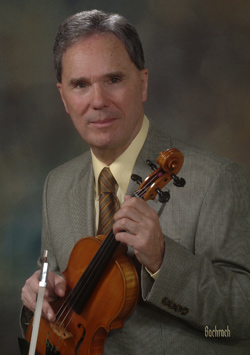 
SÉAMUS CONNOLLY
- OFF TO THE RACES

Séamus Connolly, the Irish fiddle master from County Clare who created Boston College’s influential Gaelic Roots program, retired from the university in December, after an illustrious 25 year career as an artist-in-residence, teacher, researcher and leading advocate for the folk traditions of Ireland.

We telephoned Séamus in February and he answered from Florida, where he and some friends were enjoying themselves at a race track on a sunny, winter’s day.

Retiring in wintry December in Boston and then heading down to Florida? Connolly always did have impeccable timing.

“Sometimes you know when the time is right, and leaving at the end of 2015 was the perfect time,” he says, laughing. “I was honored to be part of BC’s Irish Studies program, working with people from the school, with visiting artists and with the students, it was all very gratifying.”

How Connolly came to BC in the first place is worth noting. Back in the 1980s, Irish studies programs at American universities were typically dryly academic, with a focus on literature, politics and history.

Thankfully, BC’s Irish Studies program co-directors Drs. Kevin O’Neill and Adele Dalsimer understood there needed to be more, and they tracked down Connolly, a well-regarded fiddler who had won 10 All Ireland championships, to teach at the college.

“Kevin and Adele were great visionaries; they understood that an academic Irish studies program without music and dance would be incomplete. I think it was in 1990 that I was with a group of American musicians at Cork University and Kevin came down from Dublin. He asked me if I would come to BC and teach fiddle. I said yes.”

BC already had a fine music department, but Connolly imbued it was a distinct flavor by making live Irish music an integral part of the campus culture. In 1990, he and pianist Mícheál Ó Súilleabháin organized the college’s first Irish Fiddle Festival. Connolly followed up with a Sean Nós singing festival with the Music Department in 1991, and finally a Harp Festival in 1992 to commemorate the famous Belfast Harp Festival of 1792.

In 1993, Connolly launched Gaelic Roots, a stellar summer music program with an international reputation that lasted until 2003.

Suddenly there were master musicians from Ireland, Scotland, Cape Breton, French Québec and the Appalachians coming to campus to play tunes, hold workshops, talk about their music, and play sessions well into the night with local musicians and singers. Musicians traveled from as far as Australia, Japan and Norway to participate.

“The most fulfilling part for me was bringing to America some of Ireland’s great master musicians, who personified what the tradition was all about,” Connolly says. He rattles off the names: Bobby Casey, Francie Mooney, Johnny O’Leary, Paddy Cronin, Peter O’Loughlin, Josephine Keegan…it is a long, distinguished list.

Connolly is quick to credit his colleagues on campus who helped him throughout his tenure, starting with Beth Sweeney, his former student who became a co-director for the Gaelic Roots concert series that ran throughout the school year and also serves as the Irish Music archivist at the John J. Burns Library. He mentions Dr. Tom Hachey, former executive director of Irish Studies, who advocated for the concert series. He also credits flutist Jimmy Noonan, Dr. Anne (Shapiro) Dhu McLucas, and Dr. Jeremiah McGrann of the Music Department and university librarian Tom Wall. Most of all, he thanks his late wife, Sandy Walter, who helped him build Gaelic Roots into a critical success and was also his soul mate until her death in 2011.

And he thanks G. Craig and Maureen Sullivan, who established the Sullivan-Artist-in Residence endowment in 2004, just after the Gaelic Roots Summer School ended.

The residence, which began as a four-year endowment but lasted for 11 years until his retirement, allowed Connolly the freedom to play music, conduct research and teach a new generation of students.

This summer, the Boston College Libraries plan to publish a project Connolly has worked on for 15 years. The Séamus Connolly Music Collection “contains 300 + tracks of tunes I’ve collected over the last 50 years, played by contemporary players,” he explains. “I have transcribed the tunes as I originally heard them from old masters, so students can contrast the way each tune was originally played alongside the interpretation of the contemporary artist.”

The Collection will be posted online as a digital product.

Now back at his home in Maine, Connolly has some travel and music plans lined up for the year. “I’m heading back to Ireland for awhile, then to Rome for three weeks, and over to London,” he says.

“I hope to continue working with Beth Sweeney and her colleagues at the Irish Music Archives. There is a goldmine of material in those collections that needs to be listened to. Someone needs to identify the tunes and the musicians who play them.

“I would also like to advocate that people donate their music collections to Boston College, where they will be well-cared for and appreciated. I believe in the preservation of these materials for future students to study and learn.”