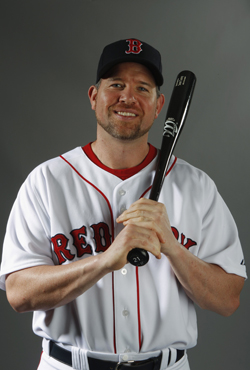 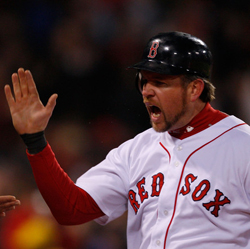 With a name like Sean Casey, youre bound to get a good greeting in Red Sox Nation, which had its not-so-humble beginnings in the early 20th century when Michael McGreevey led a band of raucous Sox fans  many of them Irish  called the Royal Rooters.

But the newest Boston Red Sox player is a popular guy wherever hes been in his illustrious major league baseball career.

The convivial big-leaguer with the sunny disposition has always had an upbeat, outgoing personality. Over the past 12 seasons the chatty first baseman has honed his conversational skills with thousands of players from across the league who have landed on his base.

Last year a Sports Illustrated poll of the players themselves voted Casey the friendliest player in baseball. And hes known around the league as the mayor because of his approachable demeanor.

Of course, Casey is much more than a master conversationalist and all-around good guy.

Hes a three-time All Star and National League MVP who has played for the Cincinnati Reds, Cleveland Indians (he and Manny Rameriz are good friends from their year together in Cleveland), Pittsburgh Pirates and Detroit Tigers before coming to the Boston Red Sox this season.

Hes a back up first baseman and occasional designated hitter who is batting .370 in mid-June.

Casey grew up in Upper Saint Clair, a town outside of Pittsburgh in western Pennsylvania where sports are a huge part of community life. Just ask Dan Rooney, head of the Pittsburgh Steelers.

Casey excelled in high school and won a small scholarship to the University of Richmond where he developed into a fearsome hitter. His senior year he won the NCAA batting title by hitting .461.

He made his major league debut in 1997 with Cleveland, then spent the next eight seasons with the Cincinnati Reds, where he was selected to the National League All-Star team three times. He has a lifetime batting average of .302, and was named the Most Valuable Player of the National Leagues in 1999, batting .332.

Like any little league kid day-dreaming about the big leagues, Casey got his chance to play before his home-town crowd, when he spent a year with the Pittsburgh Pirates in 2006.

It was a dream come true, he recalls. I was a Pirate fan growing up  watching Willie Stargel and those guys. So playing at PNC Park in downtown Pittsburgh is something Ill never forget. 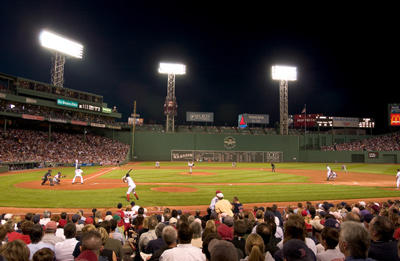 Familiar with the Bay State

Married with three children, Casey feels right at home in Massachusetts. It turns out hes been here before.

As a 20 year old junior at Richmond, he played for the Brewster Whitecaps in the Cape Cod Baseball League in the summer of 1994.

When I went to the Cape I realized how beautiful Massachusetts was, he recalls. I just fell in love with it up here.

Casey and OBrien shared an Irish-Catholic background, sense of humor and outlook on life that formed the basis of a lasting friendship.

When OBrien became pastor at St. Patricks in 2001, he began making plans for the pantry. He and Casey, along with comedian Conan OBrian and others started a fundraising campaign, titled Labels are for Jars, which raised need funds while also discouraging negative stereotyping.

In September 2006 they officially opened the Center. Last summer when Casey was in town with the Detroit Tigers, he went up to Lawrence to serve meals and to help spread awareness of hunger issues.

When you give back to people, he said in a recent interview, thats when your heart really grows.

Casey, who keeps a bible in his locker, is a man of faith whose social conscience was formed by his parents. He is also proud of his Irish Catholic heritage.

My great grandfather came over from County Cork around the time of the Irish potato famine, when he was fourteen years old, Casey says. He came over to Staten Island, and ended up on Long Island.

Atop of Caseys wish list, he says, is to undertake some genealogical research and compile a family history of the Casey clan. Another goal is to make his long-awaited trip to Ireland.

I have never been to Ireland, but Im gonna go, Im gonna go soon, he says. One of my best friends, Brian Healey, is from County Cork, and his family still lives there. Hes promised me the royal tour.

Casey would fit right in over in Ireland, because thats the kind of guy he is. For now, hes traveling throughout Red Sox Nation, getting the royal treatment wherever he goes.