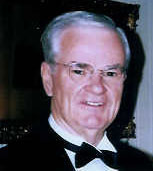 For nearly 40 years John was host of Sound of Erin radio program, which has been one of the main Irish programs in New England.

The Sound of Erin started in 1973 on WUNR-AM by Henry Varian and Bernie McCarthy, says John from his home in Belmont. Pat Twohig from Dublin was doing the weekly sports segment.

My job was to do news headlines from Ireland and bring in advertising. It was a 30 minute show that became very popular quickly and we were moved to the sister station, WBOS-FM, which had a more mainstream appeal and wasnt strictly an ethnic station.

The program flourished on WBOS and was expanded to two hours a week. Around 1983 the show moved to WNTN, 1550 A.M., where it flourished until 2008, when it went off the air.

John was born in Waterville, County Kerry and raised in Crosshaven, County Cork. He immigrated to Boston in 1955 and had a successful career as a food broker, working with larger supermarkets and food suppliers.

Perhaps the most influential person in Currans life is his wife, Kitty (nee Ryan) Curran. They met on the bus in Cambridge when John was attending Rindge Tech and Kitty was a student at Cambridge High and Latin. Kitty is from Ballinagare, County Roscommon, and is the sister of the famous fiddler Paddy Ryan.

They have four children and seven grandchildren, and all of them inherited their parents love of music and dance.

An article in the Irish American Herald in 1969 entitled The Irishness of Boston, reveals that Patricia and Sean Curran (were) two of the best little dancers on the program, Memories of Erin, held at John Hancock Hall that year. All of the Curran children were active in Irish dance circles around Boston.

As a result of his training in Irish step dancing, John says, his son Sean went on to become an internationally renowned modern dancer and choreographer.