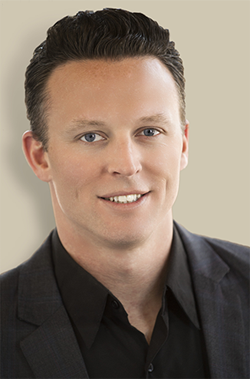 Brian Joyce wants people in Boston to laugh at the Irish, or at least with them.

And so they have thanks to Joyces company, Off the Boat Comedy, which has been bringing top Irish comedians to Boston, where they have played to sell-out audiences and helped to establish a beachhead for a new wave of Irish comedy in America.

Joyce grew up in Somerville, Massachusetts, a second generation Irish American. His grandparents were born and raised in Leenane, Co. Galway - Joyce country. He moved to Ireland in 2004 and stayed for a couple of years with his fiancé, who is from Dublin, and began doing his comedy routine there.

I performed at all the major comedy venues: Vicar St. in Dublin, the Laughter Lounge, Cuba in Galway, the Craic House in Cork, and a few venues in London, he says. I did the Comedy on Tap Festival in Letterkenny in 2006 and the Edinburgh Fringe Fest in Scotland.

When Joyce returned to Boston, he launched Off the Boat Comedy as a way of bringing Irish comics to the states. Ardal OHanlon, Colin Murphy, Tommy Tiernan and Ed Byrne have all played well in Boston.

Theres a new brand of comedy sweeping Ireland, Joyce says. Irish comedy is very conversational, so they enjoy comedians who can work that style. Its sharp, observational humor that is universally funny. Todays Irish comics have the confidence and wit to make fun of everybody, including themselves!

Boston, of course, has its share of Irish-American comedians: Denis Leary, Conan OBrien, Steve Sweeney, Lenny Clarke, and Bill Burr. Which leads to the question: Is there a particular brand of local comedy that you could characterize as Irish-American humor?

All those guys definitely have that sarcastic swagger that you see in the working class neighborhoods of Boston, Joyce says. The audience can recognize the Boston attitude straight away. It comes from our upbringing. My grandfather had a big, deep laugh like the Joker from Batman, and as soon as we came through the door, he would start messing around with us. My father was the same way - he had a wise guy remark about everything. That sharp sense of humor is unique to the Irish.