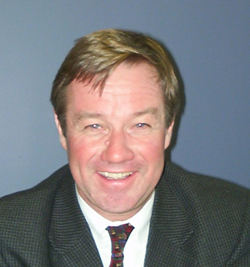 But Meehan’s job is only partially related to speed, agility and quickness – he’s the pitchman for the Greater Boston Convention & Visitors Bureau. As Vice President of Media Relations and Marketing, Meehan’s job is to promote, praise and extol the myriad reasons why Boston is such a great place to visit.

Led by Pat Moscaritolo – the city’s legendary tourism chief - Meehan and his colleagues are ubiquitous in marketing the Boston brand. They log thousands of miles annually, attending conventions and trade shows. They bring hundreds of travel writers from around the world to Boston, showing them the landmarks, night spots, and scenic beauty. And in a highly competitive industry, they make sure the world knows that Boston is America’s best city.

Larry took a break from his spring training to answer our questions about his pitching career.

What a job -- pitching the Red Sox and everything else that bleeds Boston. How long have you been in tourism and how did you get started?

More than two decades ago I created a map and graphics company after working on hundreds of information planning projects at the Harvard Planning Office. When I proposed several map & festival promotions to the Greater Boston Convention & Visitors Bureau they offered me a full time job. It was a perfect match.

Which other American cities does Boston compete with for international visitors?

Boston competes with New York City, Los Angeles, Chicago and Washington DC, and also with Orlando, Miami Beach and Las Vegas. It is very rewarding to have travel writers and tour planners tell me Boston is their favorite USA city.

Do you ever have to correct any false impressions about Boston when pitching it to people who have never been here?

The most frequent inaccurate preconception travel writers and tour planners have is that Boston and Cambridge are where the American Revolution began but that nothing of much importance happened here before or after. This is why promotion of the Irish Heritage Trail, the Black Heritage Trail, Boston HarborWalk and festivals like the August Moon Festival, Boston Harborfest, and PRIDE are so important in what I do. There are more than 75 cultures in Greater Boston and more than 135 languages are spoken here. I love telling the story of how e-mail was invented here 40 years ago, computer games 30 years ago, and Facebook 7 years ago to travel editors!

At the holiday travel show in Dublin a few years ago, you took a side trip to County Cork to research your family history. How did that turn out?

I cannot recommend strongly enough traveling to seek out your family roots. People come from all over America and the world to Boston to see where their family began their American dream of freedom. As a result of my journey to Aghabullogue Townland, west of Cork I am able to tell my sons about their 18-year-old great great grandfather who traveled to America 144 years ago via the port of Moville. I believe that there is no more important learning experience than travel.

Do you ever run out of great things to say about Boston?

Actually Boston has never had so many great stories to tell! This will be an amazing summer. Visitors will come from all over the world to see how Boston created the largest urban underground tunnel system and will enjoy the 3-yearold Rose Kennedy Greenway, the 15- year-old Boston Harbor Islands National Park, the 11-year-old Restaurant Week Boston, the 30th Boston Harborfest and more than 50 cultural festivals between May and September. We’ll be setting visitor records in every part of Boston & Cambridge this summer