Tourists from around the world are pouring into Boston Harbor in record numbers, as Massport’s Cruiseport Boston program continues to gain traction in the competitive cruise ship industry.

Last year Cruiseport Boston set a record with 115 calls on 32 unique ships dropping anchor in the Raymond L. Flynn Cruiseport at Black Falcon Terminal, located in South Boston’s Seaport District. In 2017, 151 calls are scheduled through the cruise season, which runs from April through November. 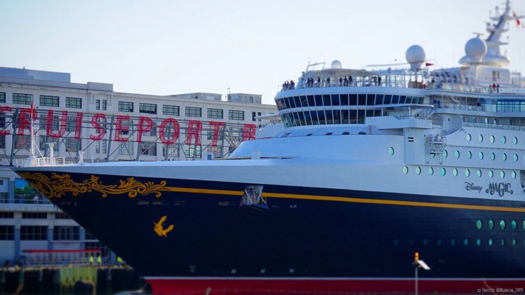 Six ships will homeport in Boston in 2017 from major cruise lines such as Norwegian Cruise Line, Holland America Line and Royal Caribbean International.

According to Massport, Cruiseport Boston is a favorite port-of-call with cruise passengers because of a growing variety of itineraries to choose from. Many voyages sail north along the Canada/New England coastline, while others head to the pink sand beaches of Bermuda, the Caribbean or across the Atlantic Ocean to Europe.

In 2016, the terminal was named in honor of South Boston native and former US Ambassador to the Vatican Raymond L. Flynn, who established Cruiseport Boston in 1986 when he was Mayor of Boston.