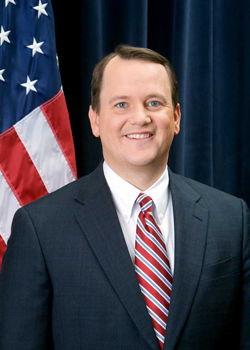 A Worcester native and the oldest of five children, Tim Murray was first elected to the Worcester City Council in 1997 and Mayor in 2001, a post he held for three terms. He currently serves as Lt. Governor of Massachusetts alongside Governor Deval Patrick; both were elected in November 2006. With St. Patricks Day season at hand, we asked Lt. Governor Murray about his own Irish-American background and perspective.


Tell us about your Irish heritage, where did your family originate from in Ireland, and when did they immigrate to Massachusetts?

Three of my four grandparents were born in Ireland and immigrated to Massachusetts in the early part of the 20th century.

On my fathers side, my grandmother Bridget OConnor was born in Inagh, outside of Ennistymon, in Co. Clare and came to Massachusetts in the early 1930s. She met my grandfather, Dan Murray, whose family was from Cork and Waterford, in Worcester.

On my mothers side, both my grandmother, Mary Sullivan, and my grandfather Ed Williams, were born outside of Killarney, Co. Kerry, in Coolcumisk and Baraduff, respectively. They immigrated in the 1920s and 1930s as well, and met at a dance at the AOH Hall in Worcester. Though my grandparents immigrated more than seventy years ago, my family is very lucky to have kept close connections with our many relatives in Ireland.


Massachusetts has many proud ethnic communities, of which the Irish-American community is the largest at 24% of the states population. What was your sense of Irishness growing up in Central Massachusetts?

Growing up an Irish Catholic in Central Massachusetts, I was taught from an early age the importance of our history. I learned not only about the proud Irish population in Massachusetts, and how the Murray family came to the Commonwealth, but I learned the importance of keeping our traditions aliveIrish traditions and those of other nationalities that make our Commonwealth so rich. Worcester County has one of the highest percentages of individuals in the state that claim Irish ancestry. Of course, my grandmothers great Irish soda bread is an important part of my familys history!


Do you see your own career as following the path of public service and giving back to the community that characterizes the Irish of Massachusetts?

While I was growing up, my mother was a nurse who worked nights and my father was a high school teacher. From a very early age I was taught the importance of giving back to the community and getting involved. Growing up in a large family, it was difficult for my parents to be everywhere at the same time, but dinner was an important gathering in the Murray household. During these dinners, my parents stressed the importance of public service, the role of government and our elected leaders. I remember discussing the issues of the day with my mom and dad, and it was through these discussions that I learned the only way to influence decision makers is to get involved in the process itself.


Worcester has a fantastic St. Patricks Day parade each winter, (held this year on Sunday, March 9th) and numerous events sponsored by the Ancient Order of Hibernians and other groups. What does your family typically do to celebrate St. Patricks Day?

When I was elected Mayor of Worcester in 2001, I began a new tradition of throwing a Saint Patricks Day extended family gathering at a nearby function hall following the parade. Hundreds of family, friends, colleagues, and neighbors from across the city were invited. While many things have changed since being sworn in as Lieutenant Governor I have made sure that this tradition continues.

Last year I had the honor of serving as the Grand Marshal of the Worcester Parade. Of all the honors and awards I have received throughout my life this was one of the most treasured and rewarding for me and my family. Walking down Park Street along with my family and Smash the family bulldog is a memory I will never forget.

While it is difficult for me to pick out just one favorite spot in Ireland, my wife and I love visiting the Killarney region in County Kerry. We love the Kilburn House in Milltown.