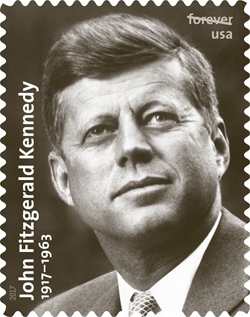 
As part of the centennial celebrations of the birth of President John Fitzgerald Kennedy, the US Postal Service issued a Forever stamp in his honor. The unveiling of the stamp took place at the John F. Kennedy Library & Museum on President’s Day, before a large audience of public officials, historians, educators and members of the Kennedy family.

Steven M. Rothstein, executive director of the JFK Foundation, and James Roth, acting director of the Kennedy Library, welcomed the audience and introduced the speakers.

Megan J. Brennan, Postmaster General of the United States, spoke eloquently about President Kennedy’s life and the way it exemplified “an ascendant America that embraced the values of equality and civil rights.

“President Kennedy came to epitomize the promise of a new, more youthful America, and he embodied the spirit of a new generation,” Brennan said. 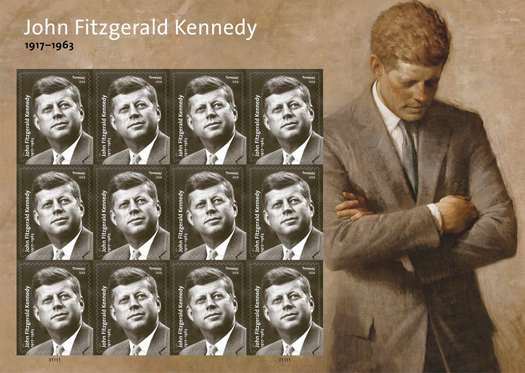 US Congressman Joe Kennedy III, a grand nephew of President Kennedy, spoke passionately about “a steadfast value, one unshakable belief that permeates every inch of the president’s legacy: faith. Faith in our God, faith in our nation, faith in our people.”

Senator Ed Markey was the final speaker, and put the Kennedy legacy into a context of today’s social and political environment.

“President Kennedy will always represent a bold vision for our nation’s future, an idealism without illusion, a commitment to public service and human rights, to science and the arts, and irrepressible vigor that signals to the rest of the world that America believes that the best days of our country are always ahead.”