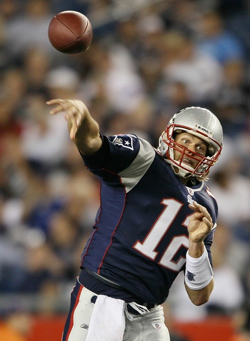 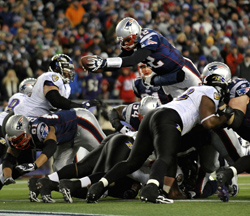 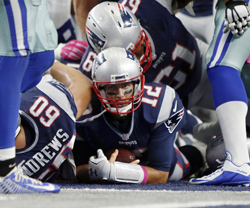 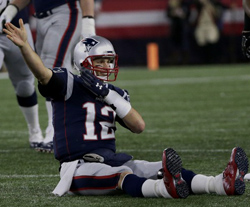 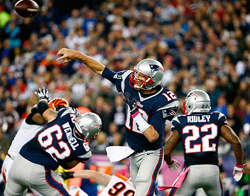 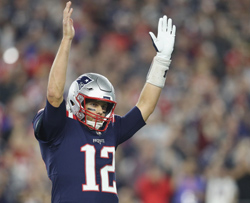 When he was drafted by the New England Patriots as sixth round pick in 2000, quarterback Tom Brady was actually returning to his ancestral family roots that began a century and a half earlier.  Brady’s family emigrated from Ireland in the mid-19th century, fleeing the Irish famine, and settled in Boston before heading out to California where Brady was born and raised.

Boston Globe reporter Bob Hohler wrote an excellent account of Brady’s family history, based on research by Jim McNiff, an amateur genealogist ‘who helped produce the first public evidence that Brady’s father’s paternal lineage extends deep into the history of Boston, where the Patriots great would gain his fame and fortune and make his home.”

Hordes of Boston’s new Irish had survived treacherous Atlantic crossings on packed vessels called coffin ships because so many died. Many contracted typhus on the ocean journey and cholera in their new city. They found work where they could, men generally as laborers on the wharves, women as servants in the homes of the privileged descendants of Boston’s early settlers.

Like many immigrants during this period, John and Bridget Brady stayed in Boston for a few years before heading west with Bridget’s sister Ann and her husband Lawrence Meegan.  They settled in San Francisco, where they lived in the Mission District.  Brady’s ancestors, McNiff reports, included a professional baseball player, a fireman and a police sergeant turned newspaper reporter.

Brady has referred to his Irish ancestry numerous times, including in 2009, when the Patriots played in London.

“My father is 100 percent Irish. We took a trip over there together and visited some of the places where my family came from,’’ Brady told Irish America Magazine. “That was a great experience for me, and obviously I am very proud of my Irish roots.’’

Brady continued, “I’ve really enjoyed my time over there. Anyone who’s been over to that part of the world comes away with a greater sense of history.”