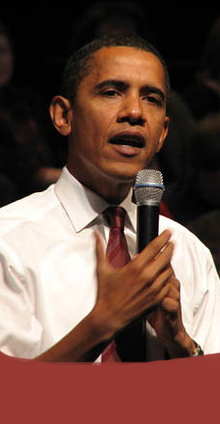 INTERNATIONAL TOURISM AND THE OBAMA FACTOR

Tourism officials in Massachusetts and around the country are optimistic that a new era in international travel to the United States is about to begin.

Why the optimism? The election of Barack Obama has enhanced Americas image in the eyes of the world. Obamas message of hope and change has rekindled a global affection for America that had been frozen for almost a decade, opening up new possibilities for the nations travel and tourism industry.

There is unprecedented interest around the world in this new administration, which will certainly boost interest in visiting the United States, says US Congressman William Delahunt (D-MA) of the 10th congressional district, which includes Cape Cod, Marthas Vineyard and Nantucket, as well as the states economically diverse South Shore.

Overseas travel to the United States dropped off sharply after September 11, 2001, and has never fully recovered. The decline has cost America nearly $140 billion in lost visitor spending, $22 billion in lost tax receipts and 230,000 lost jobs, according to the Travel Industry Association. 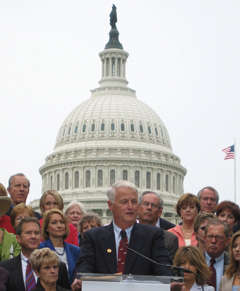 Responding to the decline, Congressman Delahunt introduced with Congressman Roy Blunt (R-MO) the Travel Protection Act in 2007 to create a public-private partnership that promotes the United States as a tourism destination throughout the world.

The proposed bill seeks to establish a more customer-friendly procedure for visitors to obtain visas and also a more efficient security-check system at airports. And it would create an international marketing program to brand the United States as the premier tourist destination in the world.

As a Senator, Barack Obama understood the significance of international travel to our economy and with public diplomacy, Delahunt says. We are very much looking forward to working with this new administration on this important bipartisan initiative to ease barriers for foreign travel.

President Obama was one of the early supporters of the Travel Promotion Act, said Roger Dow, president of the Travel Industry Association. He has already stated that his priorities are improving the economic situation and the image of the US abroad. He is well aware of the benefits tourism can bring to the economy.

Lisa Simon, president of the National Tour Association, is helping with a set of recommendations about tourism and travel for Obamas transition team. We know that travel and tourism is a way to quickly inject new jobs, new income and new tax revenues into our national economy. We simply need a unified plan to make it happen, she said. 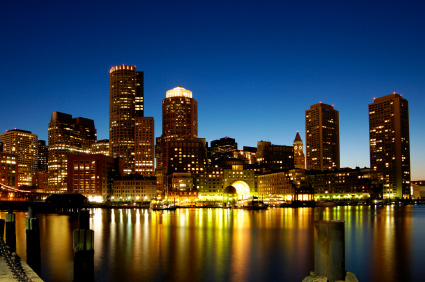 State officials believe those benefits will help Massachusetts. Delahunt, who is regarded as one of the nations leading advocates of tourism, was instrumental in forming the Massachusetts Cultural Coast www.theculturalcoast.org/ in 2004 to market some of the states premier destinations, and he works closely with state officials to boost Massachusetts.

Patrick Moscaritolo, CEO of the Greater Boston Convention & Visitors Bureau, says, “ I am looking forward to working with President Obama’s administration to make Congressman Delahunt’s Travel Promotion legislation the centerpiece of an aggressive campaign to sell Boston and Massachusetts across the globe.”

Betsy Wall, executive director of the Massachusetts Office of Travel & Tourism, says, “An Obama administration puts the US in a favorable light overseas. We’re confident that visitors will want to visit Massachusetts -- where America began.”