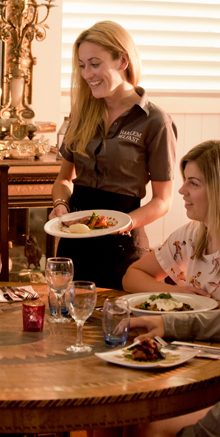 IRELAND:
ONE OF THE WORLD’S TOP VISITOR DESTINATIONS

Ireland continues to run up awards as a top tourist destination from the travel industry. Here is some recent recognition for Ireland’s many visitor assets.


GROUP LEISURE & TRAVEL
For the second year running, Ireland won the 2017 Group Leisure & Travel Awards in Britain, after being voted “Best International Destination” by thousands of readers of the magazine. The awards ceremony took place in October in Birmingham, UK. Ireland bested other destinations such as Malta, Prague, Barcelona and India. In addition, Irish Ferries won the “Best Ferry Award.”

Tourism Ireland CEO Niall Gibbons said, “We are delighted that Ireland has been singled out for this accolade once again by the readers of Group Leisure & Travel magazine and by influential group travel organizers around Britain. Travelers nowadays have tremendous choice, which makes it more important than ever for us to ensure the island of Ireland stands out from other destinations – so this award is good news indeed.” 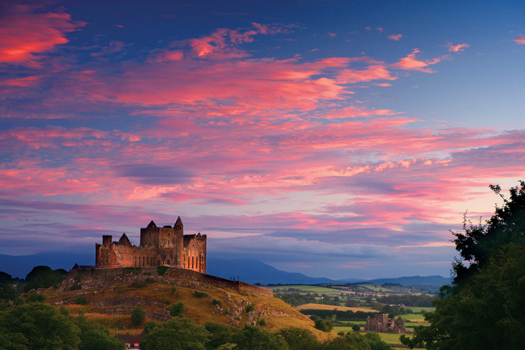 Belfast was praised for its world-renowned restaurants, historical sites and the friendliness of people in Northern Ireland. The Causeway Coast has magnificent castles, seascapes and natural wonders. The Causeway has been a film location for the HBO series Game of Thrones. 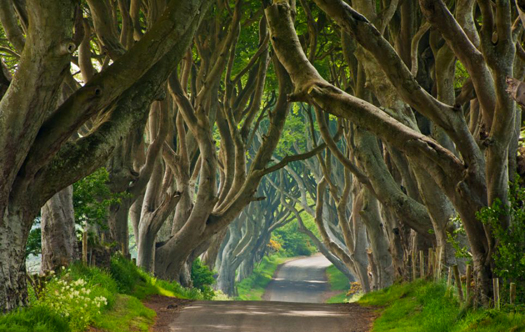 Dark Hedges near Stanocum in Co. Antrim (featured on Game of Thrones)

Lonely Planet praised Causeway’s “timeless beauty and high-grade distractions – golf, whiskey and some of the world’s most famous rocks.”

Tourism Northern Ireland CEO John McGrillen said the recent increase in visitors is the result of “partnership marketing initiatives in the Republic of Ireland highlighting both well-established and new tourism offerings, from Titanic and the Causeway to Seamus Heaney Homeplace and the Game of Thrones tapestry.”

CONDÉ NAST AWARD
Condé Nast Traveler 2017 Readers Choice Awards released its Top Hotels in Ireland list, which included perennial favorites like Ballyfin and the Lodge at Ashford Castle. Third on the list was the Lough Eske Castle in Donegal, a five-star hotel celebrating its 10th anniversary this year. 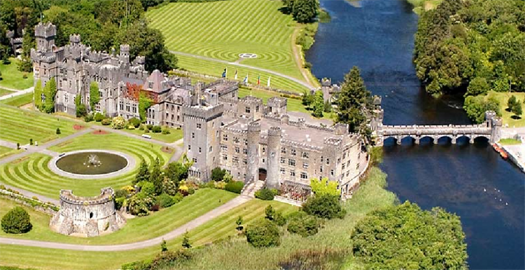 Managing Director Sean Carney said the award was “a true testament to the daily hard work and dedication by our team of exceptional employees delivering reliable, genuinely caring and timely service superior to our competition.”