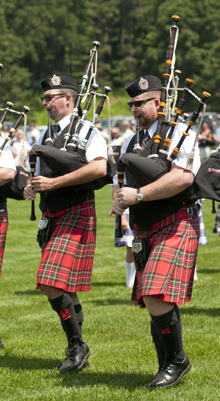 SCOTS PROUD OF THEIR HISTORY & CULTURE 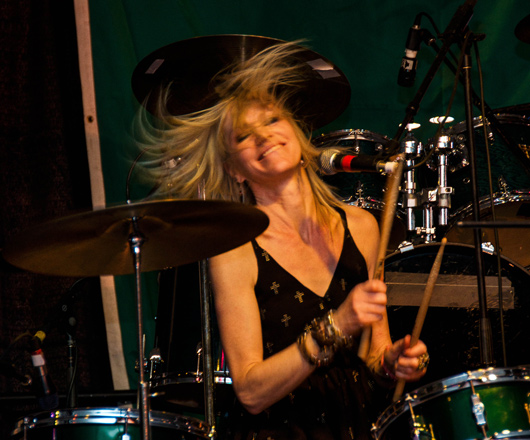 The Glasgow Lands Scottish Festival, which celebrates its 25th anniversary on July 21, 2018, has Scottish connections that stretch back to 1753. That’s when a group of Ulster Scots families immigrated to western Massachusetts, seeking liberty and opportunity in the New World.

They settled an untamed wilderness in the Bay Colony and named it Glasgow Lands, or New Glasgow. But they soon got a lesson in the workings of the British colony when Governor William Shirley, against the wishes of the Scottish settlers, decried that the town would instead be named Blandford, after the ship that brought him and his family from England.

Three decades later, of course, Governor Shirley and his ilk were ushered out in the wake of the American Revolution.

Fast forward to 1994, when Blandford residents united to restore the historic White Church, constructed in 1822 and listed in the National Register of Historic Places. To raise money, they created the Glasgow Lands Scottish Festival, named in deference to the area’s original Scottish connections. 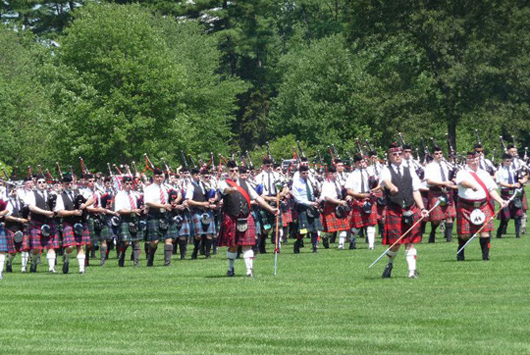 The church fundraiser was a success, and so was the festival, so by popular demand it has continued for two decades. It moved to nearby Florence in 2004 and has since become one of the most popular Scottish festival in New England.

Peter Langmore, an original organizer, and the chairman for 19 years, describes the festival’s appeal. “With the diverse population we have in the US, people find it very important not to lose their ethnic roots,” he says, adding, “plus, many people are interested in learning about other cultures, or like to travel to other countries, or just want to have fun.” 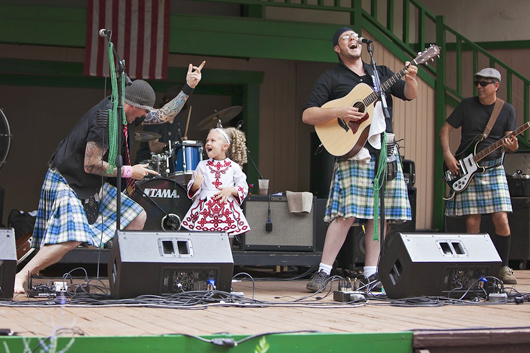 Langmore says that among the highlights of the festival each year are “the opening and closing ceremonies, with the massed bands, clan parade, and mass fling with the dancers. And who can resist holding back tears when listening to Amazing Grace played by massed bands and a small group of pipers?”

He says the festival’s athletic competition draw athletes, male and female, from all over the East Coast, some of who are national and world record holders. The competitions, along with the music and dance, cultural activities and the camaraderie that takes place each year, indicates that the Glasgow Lands Scottish Festival is here to stay.