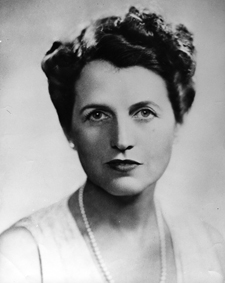 From the Fitzgerald Kennedy Private Collection, 1878-1946

Arranged and Edited by the
John F. Kennedy Library Foundation

Think of this exquisite coffee-table book literally as a family album, with photos, snippets from letters, humorous asides and personal reflections. But it’s a family album that chronicles one of America’s most famous families.

The 300 plus photographs, overwhelmingly black & white, were lovingly saved and preserved by Rose, who in many ways kept the family narrative intact over so many decades. The book is chronological, starting with photos of her parents, John “Honey Fitz,” and Mary Hannon, and her husband Joe Kennedy’s parents, Patrick “PJ” Joseph and Mary Hickey. Then the nine Kennedy children take center stage, up to the 1946, when a young-looking JFK wins his first political seat as US Congressman from Massachusetts.

The photos in the book are anchored by introductory essays in each of the six chapters that provide historical context for the family’s ascension. The excerpts from family letters – several of them from President Kennedy when he was at boarding school – give a real insight into the tight knit family as well as its privileged status. Caroline Kennedy’s foreword is gracious, as she describes her grandmother Rose as “the heart and soul of our family, the most fun, most curious, most understanding, most open-minded, most self-disciplined, most practical and most political adult we knew.”

The talented staff at the John F. Kennedy Library Foundation, led by executive director Tom McNaught, did a terrific job organizing the project and presenting such a complete chronicle of this American family.