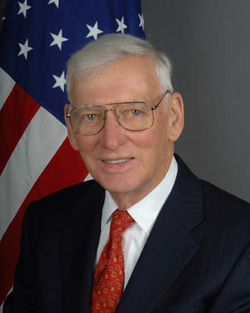 The prestigious award is presented each March to an American of Irish descent who is distinguished in his or her profession.  For a full list of past recipients, click here.

"I am both pleased and humbled that you have associated me with such distinguished Irish-Americans,” Rooney wrote to the parade committee.  “More importantly, it is a privilege to accept the JFK Award exactly 30 years after my father, Art Rooney, received the same honor."

Ambassador Rooney, who was born and raised in Pittsburgh, PA, is president of the Pittsburgh Steelers football team.  He is attending the Ambassador’s Dinner the evening before the parade on Saturday, March 20, according to Holyoke resident James Leary, president of this year’s parade.

Rooney was named as the US Ambassador to Ireland on March 17, 2009, by President Barack Obama, and was sworn in by Secretary of State Hilary Clinton on March 1, 2009.