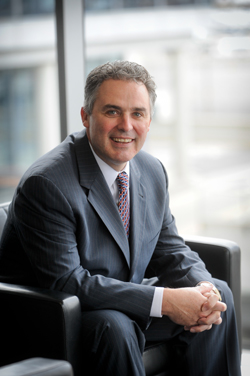 BCEC CELEBRATES ITS FIRST
OF MANY DECADES

When the Boston Convention & Exhibition Center (BCEC) opened its doors ten years ago this summer, it occupied a barren part of South Boston filled with parking lots and old warehouses, frequented mainly by commuters trying to take a back route out of town.

Today, the convention center sits amidst the now-bustling South Boston Seaport District, which has become the city’s most desirable neighborhood. And since its opening, the BCEC has gone from strength to strength, winning national and international industry awards and attracting major trade shows, all the while serving as an economic engine for the Massachusetts economy.

We spoke to James E. Rooney, who was director of development and construction of the BCEC when it was being built, and he became executive director Massachusetts Convention Center Authority (MCCA) in 2003.

Congratulations on the BCEC’s ten year anniversary. When you first opened the doors on July 12, 2004, did you envision that the BCEC would be instrumental in transforming this part of Boston into one of the city’s most vibrant and popular neighborhoods?

Yes, the vision for the South Boston Waterfront as a whole played an important part in the development of the BCEC. The Commonwealth of Massachusetts invested in this neighborhood by improving highways and public transit to the Seaport District, cleaning up the Boston Harbor and financing the BCEC project. These investments have led to the emergence of a thriving South Boston Waterfront, stimulated in large part by the hundreds of BCEC events we host each year. As we move forward with a potential BCEC expansion, we will continue to make design and infrastructure decisions that add to this growing and dynamic area of Boston.

Can you describe the collaborations you and your award-winning staff have developed with local businesses, government agencies, and the South Boston community itself?

I always say that it takes a team approach for a city to be a successful meetings and conventions destination. For the past 10 years, we’ve built partnerships and relationships that benefit not just our business, but the entire Commonwealth from residents to local business owners and some of the major life sciences, academic, financial and technology organizations throughout Massachusetts. Here are just a few highlights from 10 years of relationship building.

Built by renowned architect Rafael Viñoly, the BCEC was hailed from the beginning as a well-designed, technological marvel. What are some of the high tech features of the center that conventioneers most value? 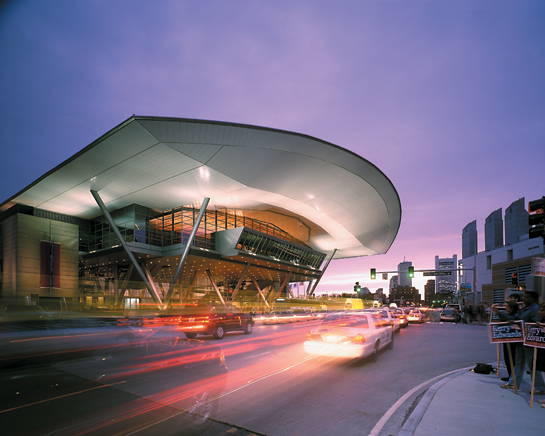 When it comes to technology at our venues, the sky is the limit. We’ve invested significantly in both the front and back-of-house infrastructure to make anything possible for our customers. We were among the first to offer free, reliable wireless internet throughout our venues. We have state-of-the-art video and teleconferencing equipment, and our own building-specific mobile applications. Right now, our digital displays at the BCEC get planners and their sponsors excited. The giant 80-foot-tall outdoor marquee welcomes events and broadcasts sponsor messages to attendees as they arrive. And then when they walk inside, they are greeted by 160-foot-wide hi-definition video wall, and a network of more than 30 plasma screens with complimentary content. It creates a real wow factor.

But beyond the tools and gadgets, our IT department simply cannot be beat in the meetings industry. We have a talented technology team focused on delivering world-class technology with a customer-friendly approach. That is something all conventioneers value.

Massachusetts tourism is getting more international of late, with new air service to Panama City, Dubai, Istanbul and Beijing in the past year alone. How will this international flair impact the convention industry?

Boston has tremendous international appeal. In 2013, we were the number one destination in the United States for international association meetings. Logan airport is easily accessible for Europe and now with more connectivity to Asia and the countries you mentioned, it makes it even easier for those who want to meet in Massachusetts to get here.

Meetings with international attendance create tremendous economic return for the Commonwealth. In Massachusetts more than 17,000 jobs are sustained by international travel alone. International business travelers tend to stay longer after their events, and spend three times as much as domestic travelers do. Drawing international events to Boston allows us to showcase Massachusetts’ role as a global thought leader in key industries such as life sciences, education, technology and finance, extending our economic reach.

In a nutshell, why do conventioneers love to come to Boston?

Boston is a city rich with culture, pride and innovation. It has the best of America’s past and the most exciting parts of its future. When meetings come to Boston, attendees have access to some of the world’s most renowned academic institutions, life sciences and medical centers, top financial companies and a host of major technology firms and startups. It’s what makes our city one of the smartest places in the world to shake hands.