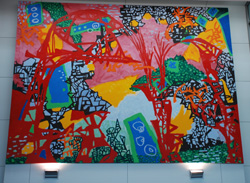 Permanent Art Exhibit at Terminal A 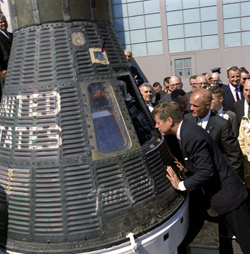 Temporary Art Exhibit at Terminal A 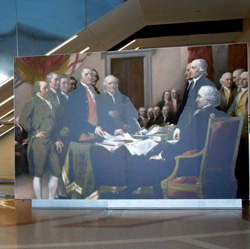 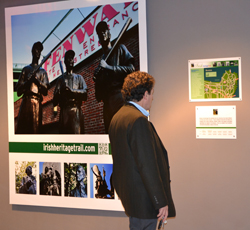 MASSPORT
AND THE ART OF FLYING

Passengers passing through Logan International Airport can have a pleasant aesthetic experience while waiting for their baggage or for connecting flights, thanks to Massport’s successful Public Art Program.

Public art and educational displays enhance the customer experience while also supporting local artists and institutions, according to Massport officials. They also give travelers a strong sense of place about Boston, Massachusetts and New England.

Then in July, Massport officials teamed up with JFK Library, Edward M. Kennedy Institute for the Senate, and the Massachusetts Archives and Commonwealth Museum, to unveil an installation called “Three Hundred Years, One Destination.” Located at the airport’s new Rental Car Center, the exhibit includes a standup cutout of the Founding Fathers signing the Declaration of Independence. Visitors can get their picture taken with the image and then get free or discounted admission to the three destinations, which are all located at Columbia Point in Dorchester.

One of the popular exhibits has been the display of iconic Massachusetts destinations at the baggage claim area of international Terminal E, unveiled in 2011. The display features the Boston Irish Heritage Trail along with the Freedom Trail, Boston Symphony Hall and the Boston Sports Museum.

For help finding the art exhibits you are interested in seeing, stop by Massport’s public information booths located on the lower level of each terminal. 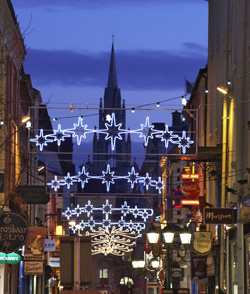 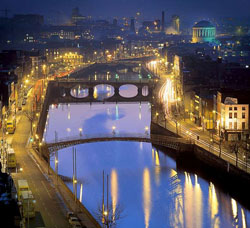 Norwegian Air Shuttle ASA is launching a new direct route between Boston’s Logan Airport and Cork Airport in Ireland starting in May 2016. It hopes to have four-five weekly flights, depending on its popularity.

Norwegian Air officials say they will fly a Boeing 737-800 on the Boston- Cork route, which seats up to 189 passengers. Cork is Ireland’s second largest city, and also has the country’s second busiest airport.

Low cost, no frills air carrier Wow Air has launched a Boston- Dublin route that connects through Reykjavík Airport in Iceland, where the company is headquartered. The airline flies from Boston to Reykjavík six days a week, where passengers can then board a flight to Dublin. Founded in 2011, the airline operates four Airbus A321 planes, which officials say offer wider passenger seats and more legroom.